On May 3, 2016, the Pack-a-Back education campaign was broadcast into homes and businesses all throughout the San Francisco Bay Area via the NBC Channel 11 News.  The coverage was all part of SVGives, a 24-hour giving event organized by the Silicon Valley Community Foundation. It was the first year that volunteers from MDI attended the event to raise money and awareness for Pack-a-Back. Although we didn’t raise as much money as we had hoped, we did get tons of exposure for Pack-a-Back, Sacred Heart, MDI and the sponsors supporting Pack-a-Back. Next year we’ll be even more prepared to raise money and gain exposure for Pack-a-back. 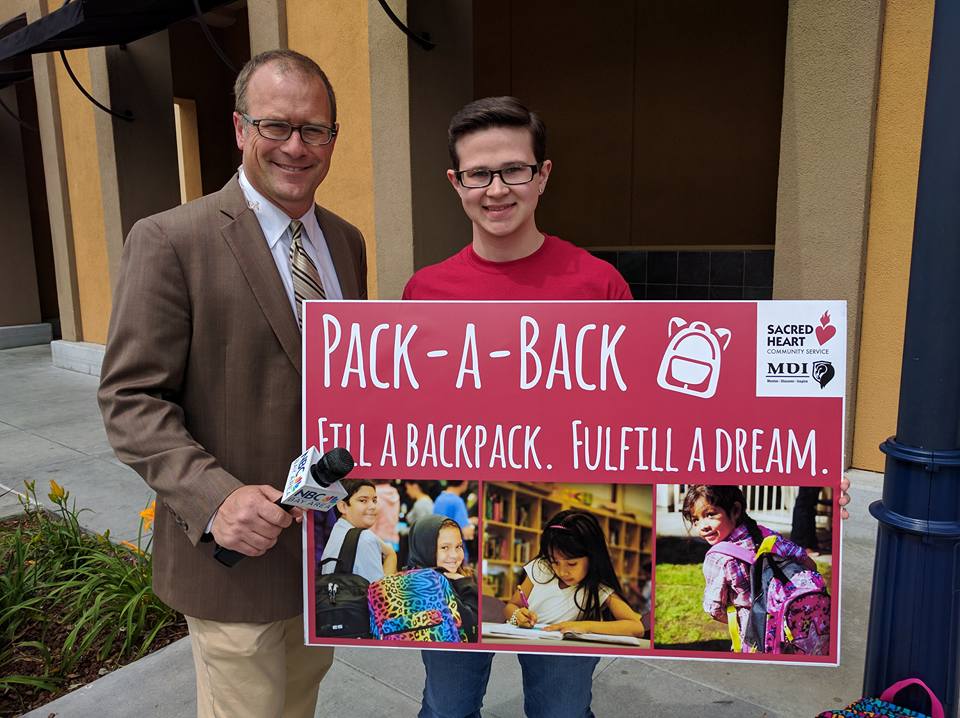 Bob Redell interviews Austin Stetson about Pack-a-Back for the 11AM newscast. 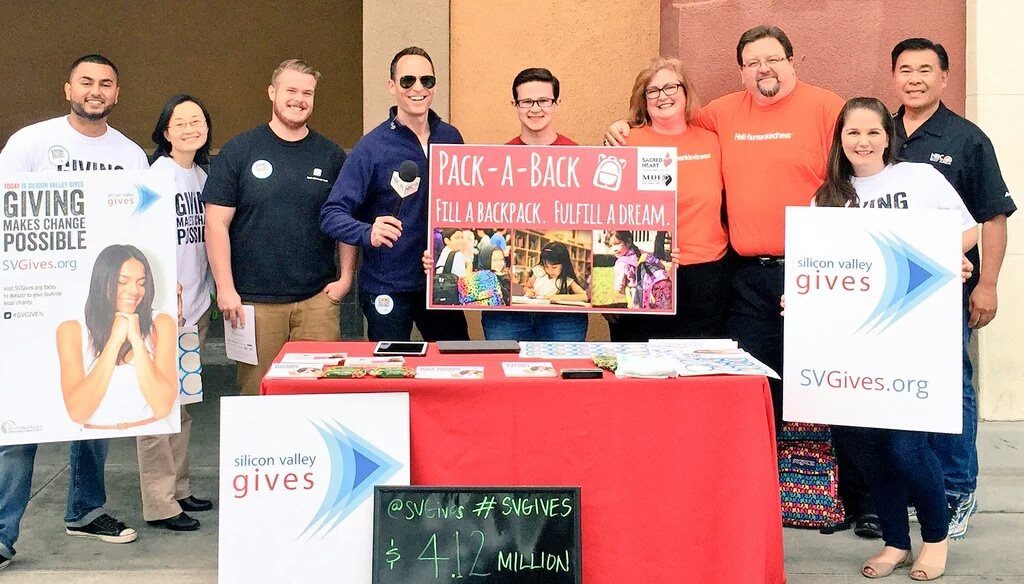 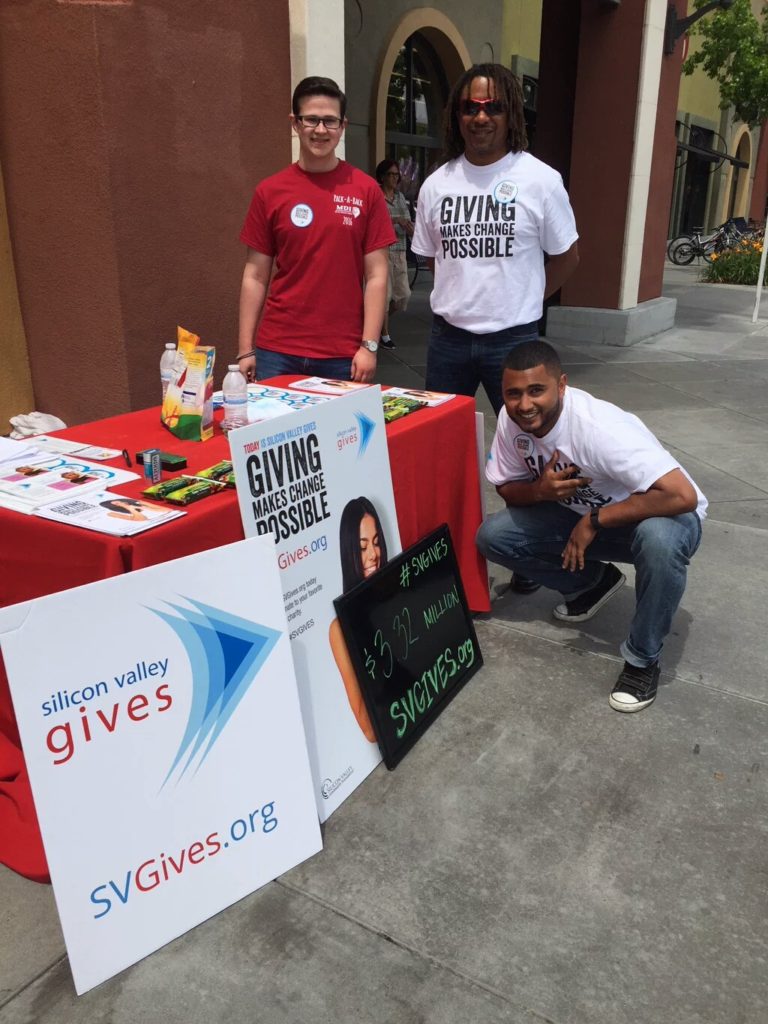 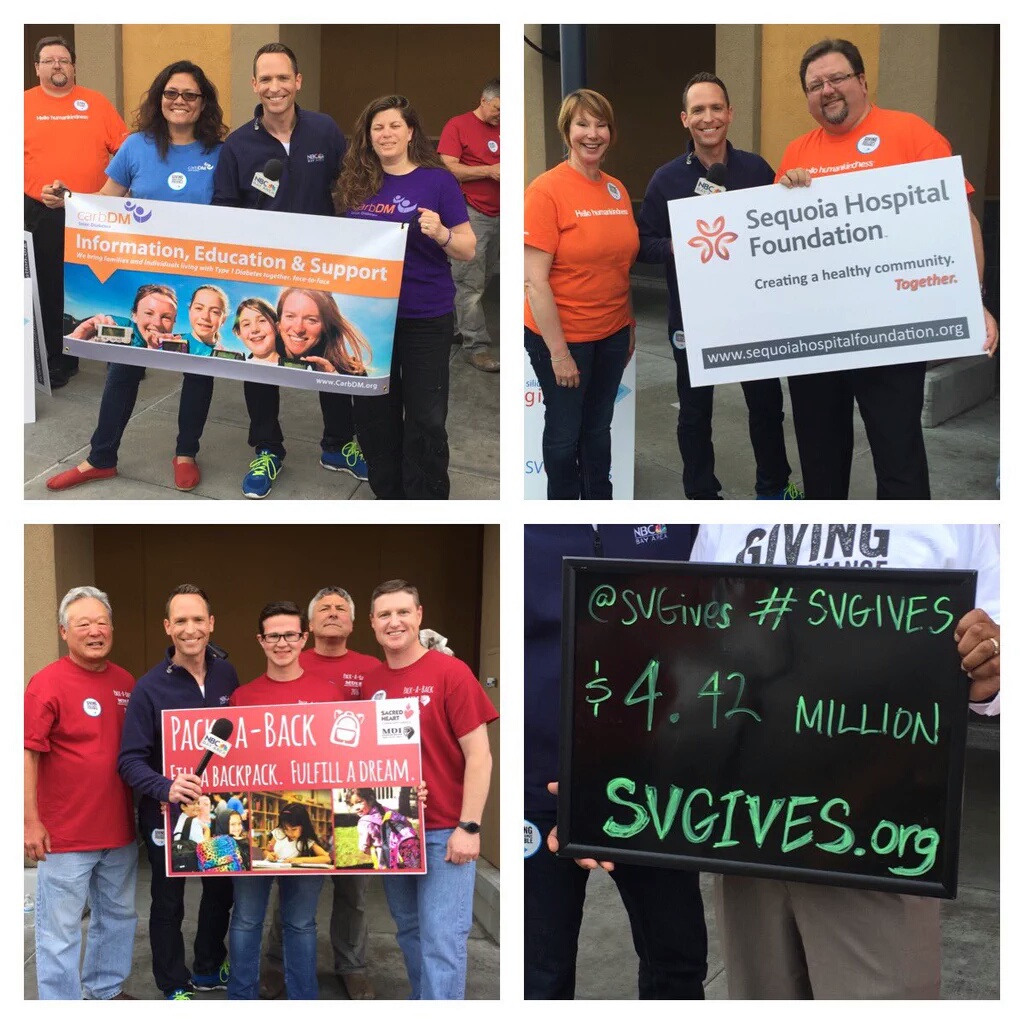 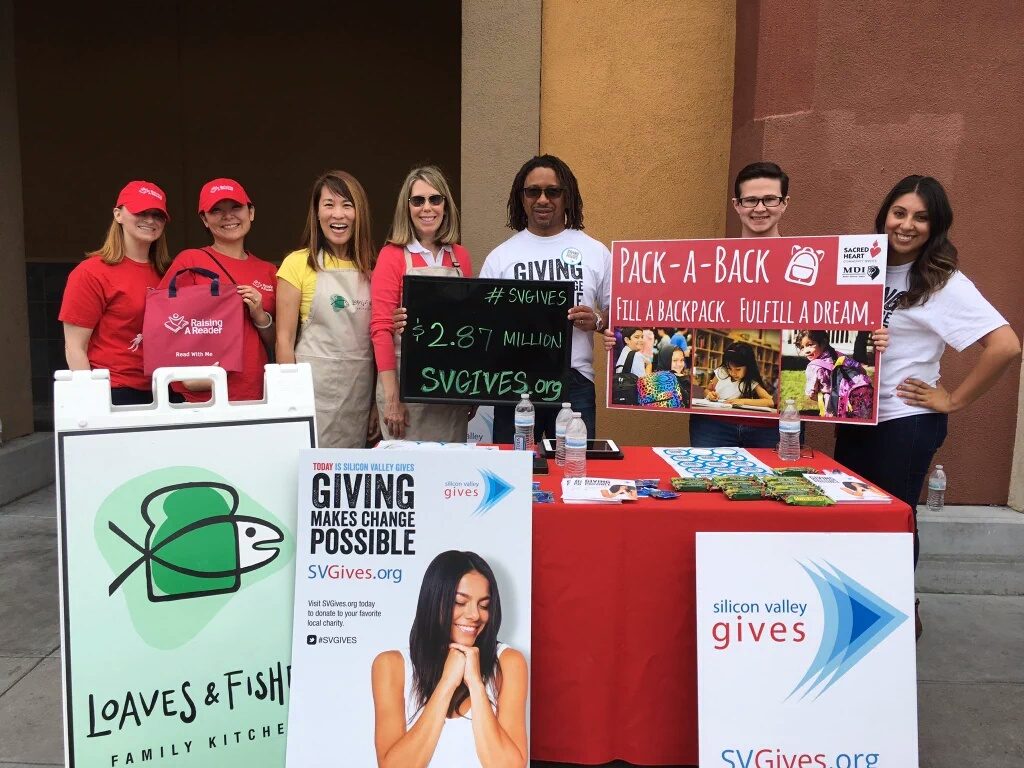 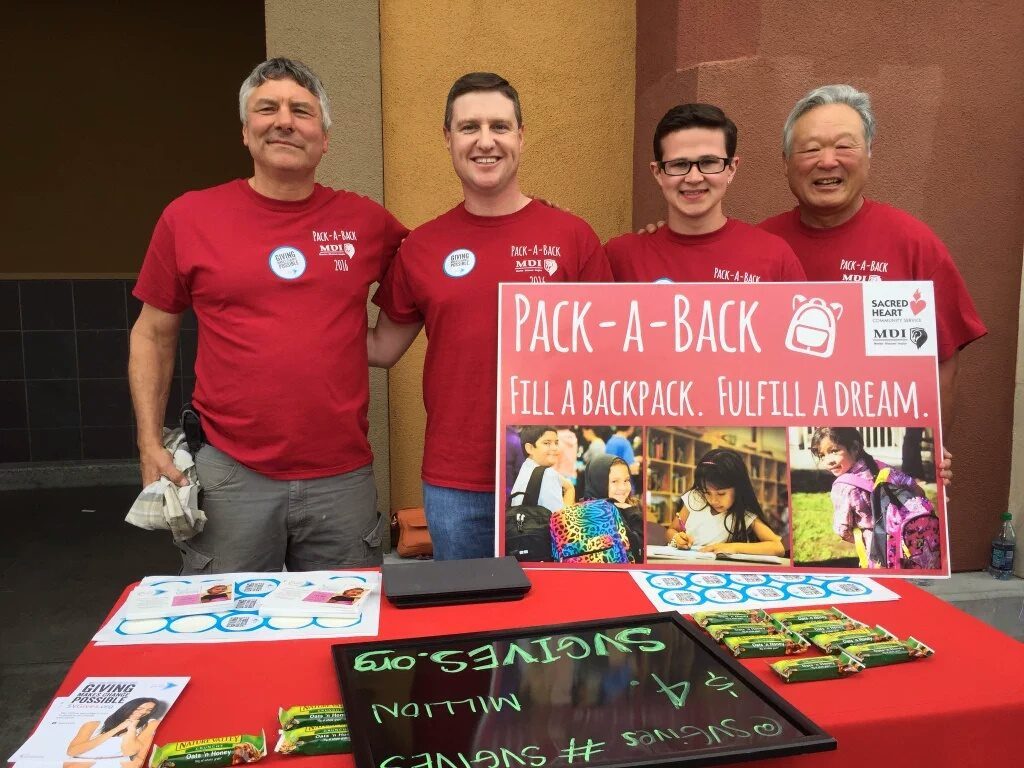 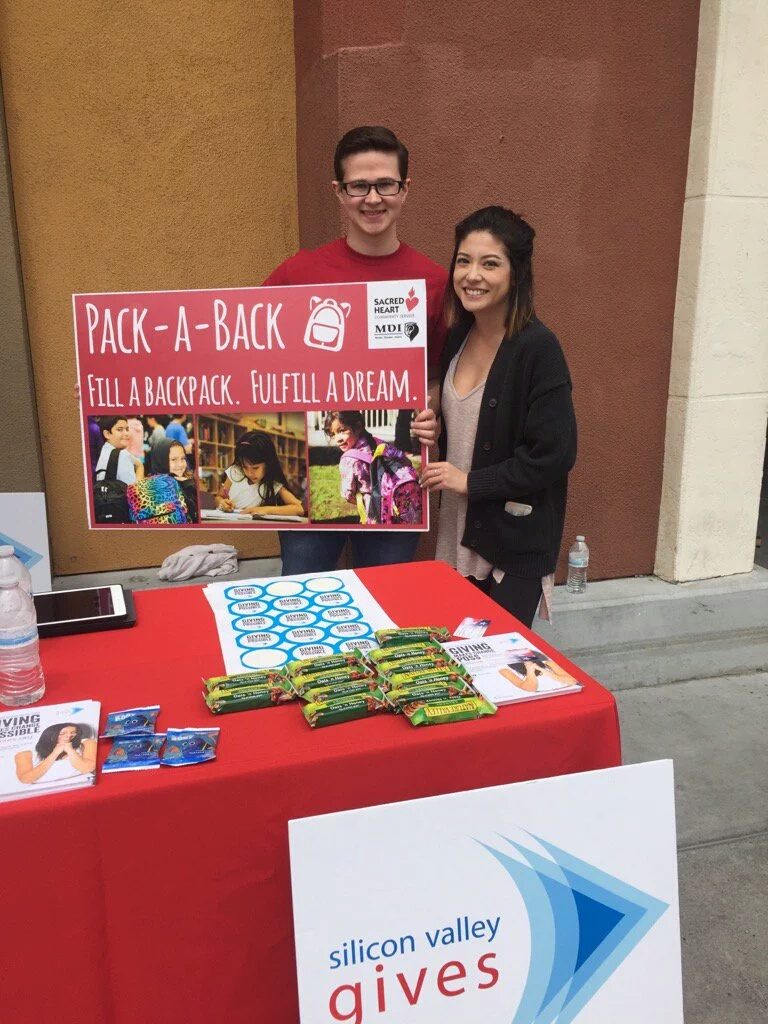